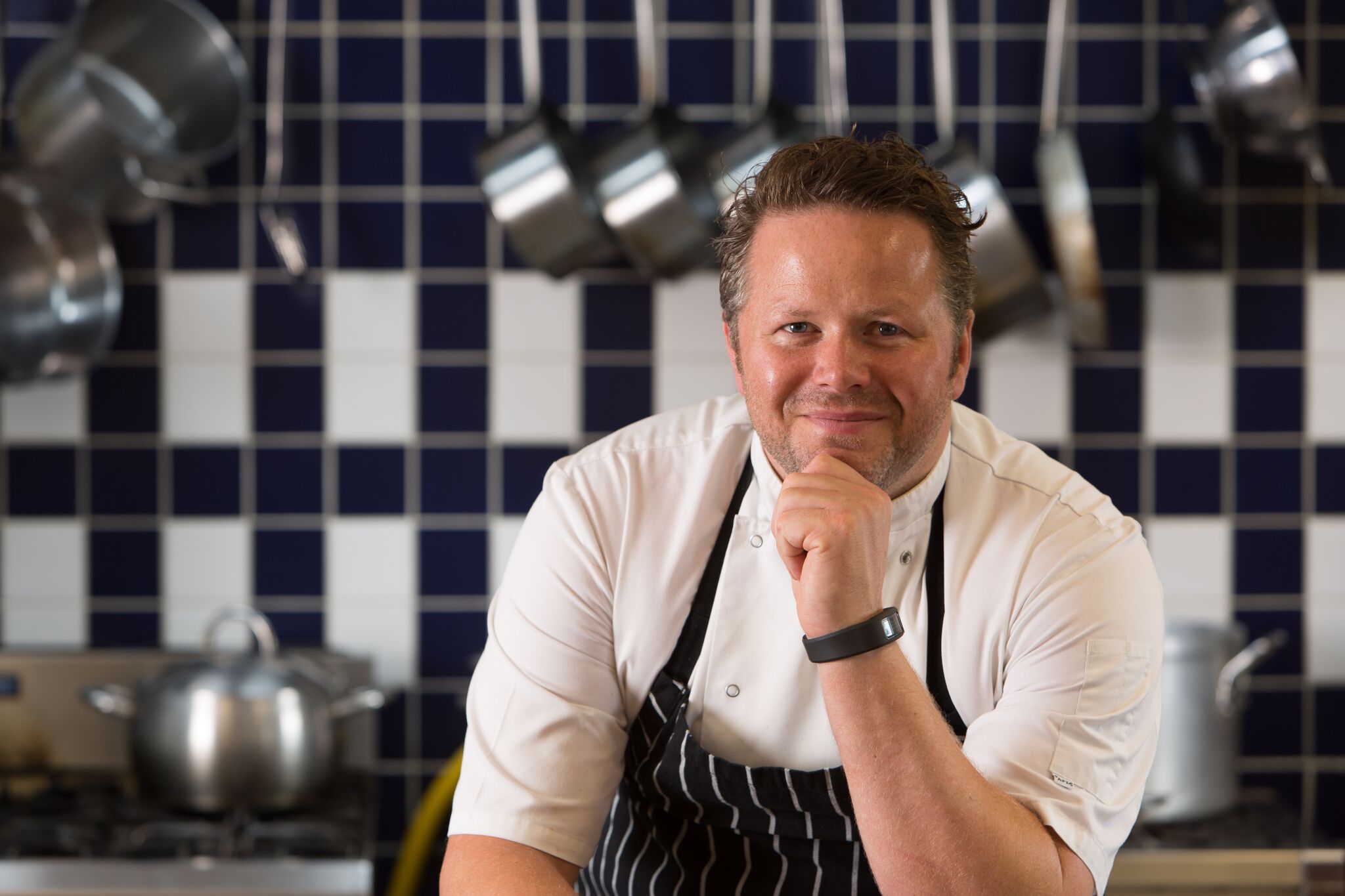 Chris Eden’s passion for food and wanting to be a chef started at the tender age of 11 years when he cooked his first lasagne with his mum.

He enrolled at the St Austell Catering College at 17 years and there was no going back. He joined ‘Pennypots’, the first Michelin Star restaurant in Cornwall as a Commis Chef, under Kevin Viner who then encouraged him to gain some experience in London. Chris joined ‘The Lanesborough’ under Paul Gayler as a Commis; graduating to Senior Chef de Partie at ‘The Orrery’ and ‘The Square’ respectively, under the guidance of Chris Galvin and Phil Howard who both had a huge influence on him. London, for Chris, was always going to be a temporary period in his life as his heart was always in Cornwall with his family.

He returned to Cornwall and joined Driftwood in Portscatho as Head Chef in September 2007; achieving 3 AA Rosettes and his first Michelin Star in 2012 and then this September 2018 achieving 4 AA Rosettes.

In September 2019, Chris took up the Head Chef role at Gidleigh Park in Devon, bringing his produce-led ethos to their kitchens. Chris’ style is beautifully laced with touches of adventure and invention, creating refined plates where flavour is king.

“Having grown up in the south west, to take up this role at Gidleigh Park is the stuff of childhood dreams. Gidleigh Park’s great team, beautiful setting and iconic reputation combine to make this such an exciting opportunity and I can’t wait to get started” – Chris Eden

Chris has always cooked very much from the heart; his food reflecting his upbringing and family influences. He is obsessive about sourcing the best produce that Cornwall has to offer, working with suppliers to ensure only the finest quality ingredients make it on to the plate. Chris is married to the lovely Sam, an accomplished pastry chef in her own right; they have a little boy; Lucas and live in St Austell.