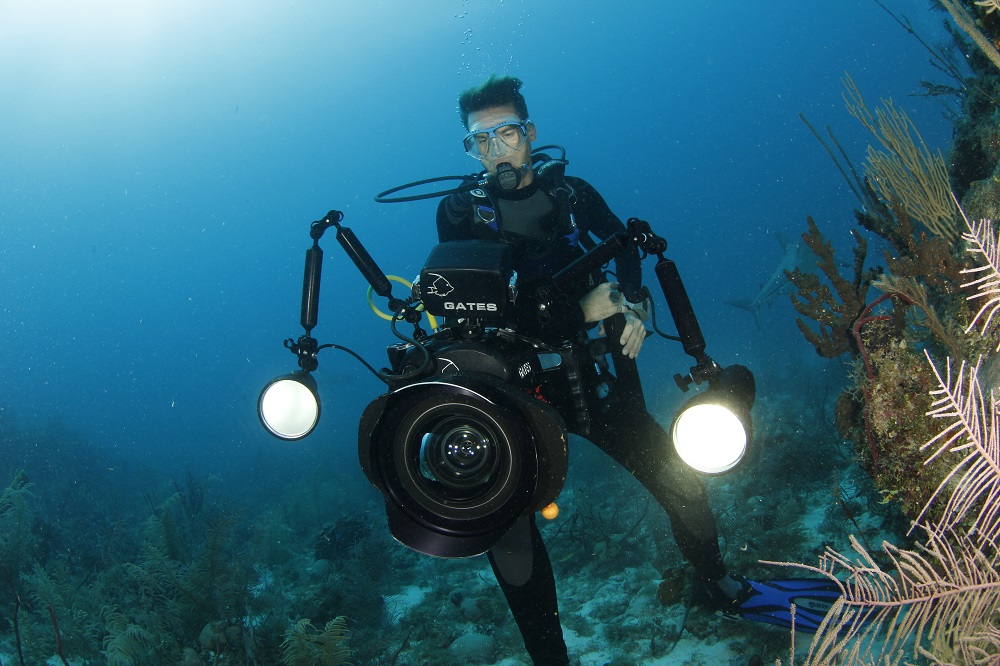 By Festival NewsFebruary 10, 2017March 29th, 2017No Comments
Literary Tent, Saturday, 22nd April, 4.30pm – 5.30pm.
John Boyle and Fionn Crow of Shark Bay films, based in Porthleven, are talented and experienced underwater documentary film makers. With over 60 international awards they certainly have made their mark.
The team will be screening highlights of 25 years of underwater footage including some of the ocean’s biggest, strangest, and most intriguing creatures, plus behaviours that have never been filmed before, as well as some local Cornish sea creatures.
Their documentaries have been taken by National Geographic as exclusive Sales Agents and their recent film “Castro’s Secret Reef”, released in 2015, pre-sold to Smithsonian Channel for North America and National Geographic for the rest of the world.
The team are now working on a project in Solomon Islands and Papua New Guinea “Remains of War” about wrecks from WW2.
John Boyle is also author of the best selling book “Blood Ransom” and National Geographic documentary about Somali Pirates. He will be signing books
“Filmmaker Boyle attempts to unravel the complicated circumstances surrounding the sea-going scourge of Somali piracy in this intriguing study, its thorough analysis is enlightening.” Publishers Weekly
www.sharkbayfilms.co.uk
Next Post