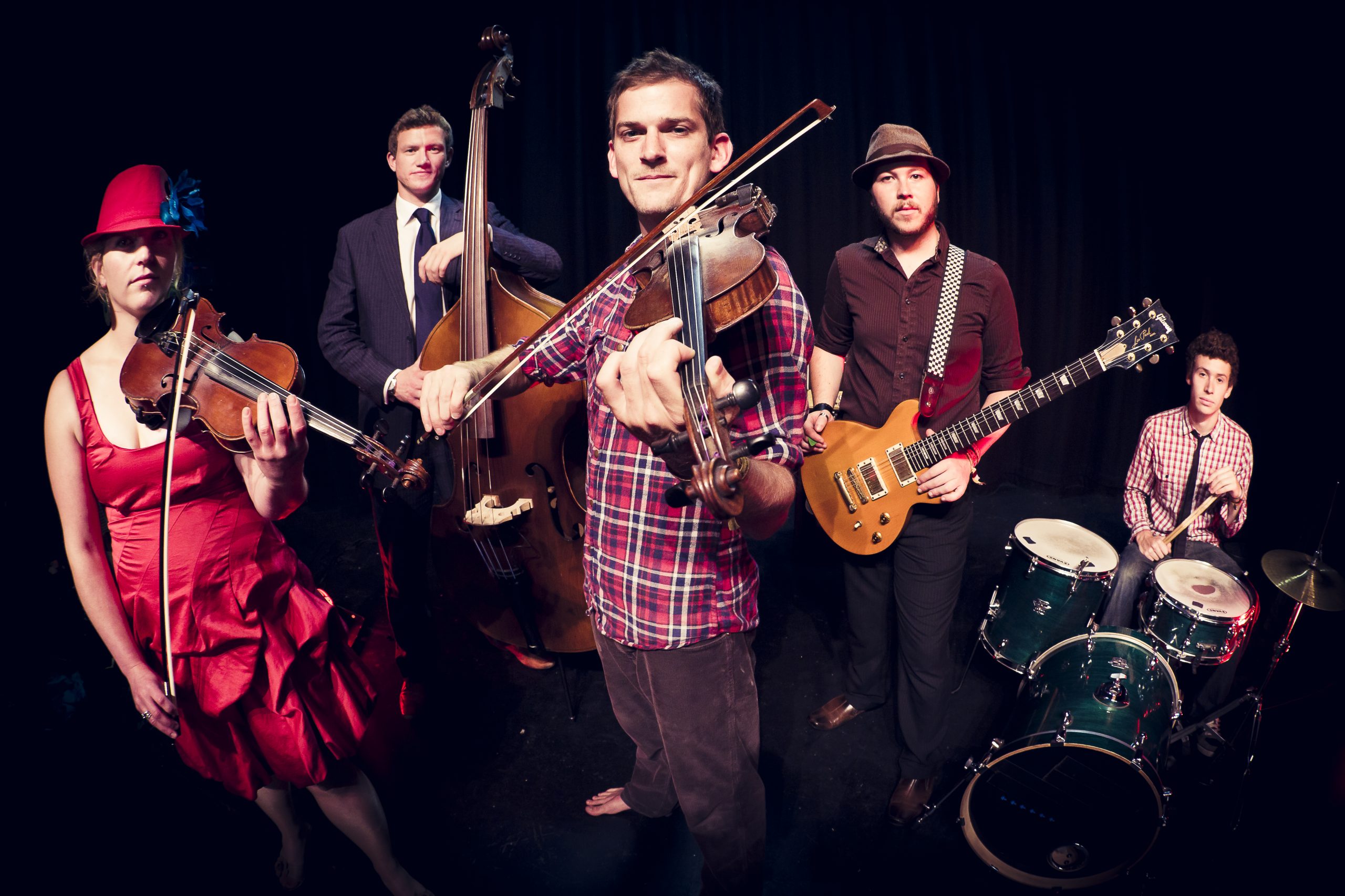 Led by Ben Sutcliffe (musical director for Rogue, Kneehigh and Bish Bash Bosh theatre companies) who’s virtuoso violin styles have resulted in him to playing with the likes of The Levellers, The Stranglers, The Yardbirds and Gary Stringer from Reef, the collective use the drive of urban/world beats with a distinctive artisan twist.

The People’s String Foundation are fast being recognised as intense musical heavyweights in folk circles and on the festival scene. With two album releases, Making Waves and The Lost Dreams of Gilgamesh,  their performances bring their grass roots spirit alive.

The People’s String Foundation will play the Festival on Saturday night. Book tickets.