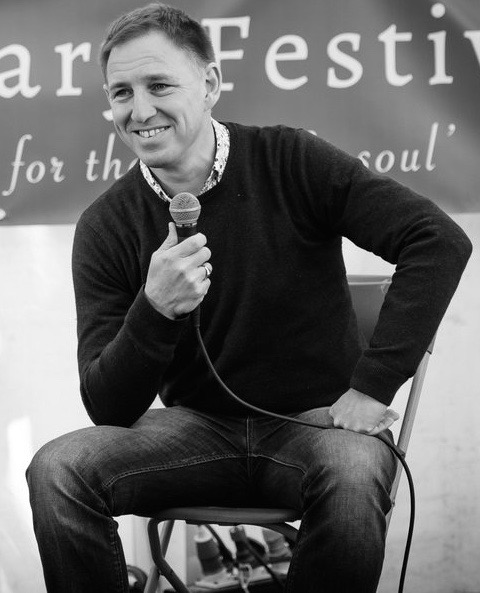 Once again we welcome Colin Taylor, the Scilly Sergeant to our Literature Stage.

Colin Taylor is the author of the best selling ‘Life of a Scilly Sergeant’ which he wrote about his time as the longest-serving police officer on the Isles of Scilly, just 40 miles and a brisk swim west from Porthleven. He was the writer of the popular “Isles of Scilly Police Facebook” blog for many years, which at the time was one of the most modest, engaged and most often humorous Facebook blogs in the known universe.

He has also written a great many traffic tickets and prosecution files that have been less well received but arguably of greater personal significance to the reader. As a currently serving police officer he now works in Devon as a detective. He has never technically been posted to Cornwall so there is little likelihood that any of the festival goers at Porthleven will have been the subject of one of his more pedantic publications.

He will NOT be in uniform but invariably will try to answer audience questions on his book, blog, police station cats and all manner of bitterly resented parking related issues.