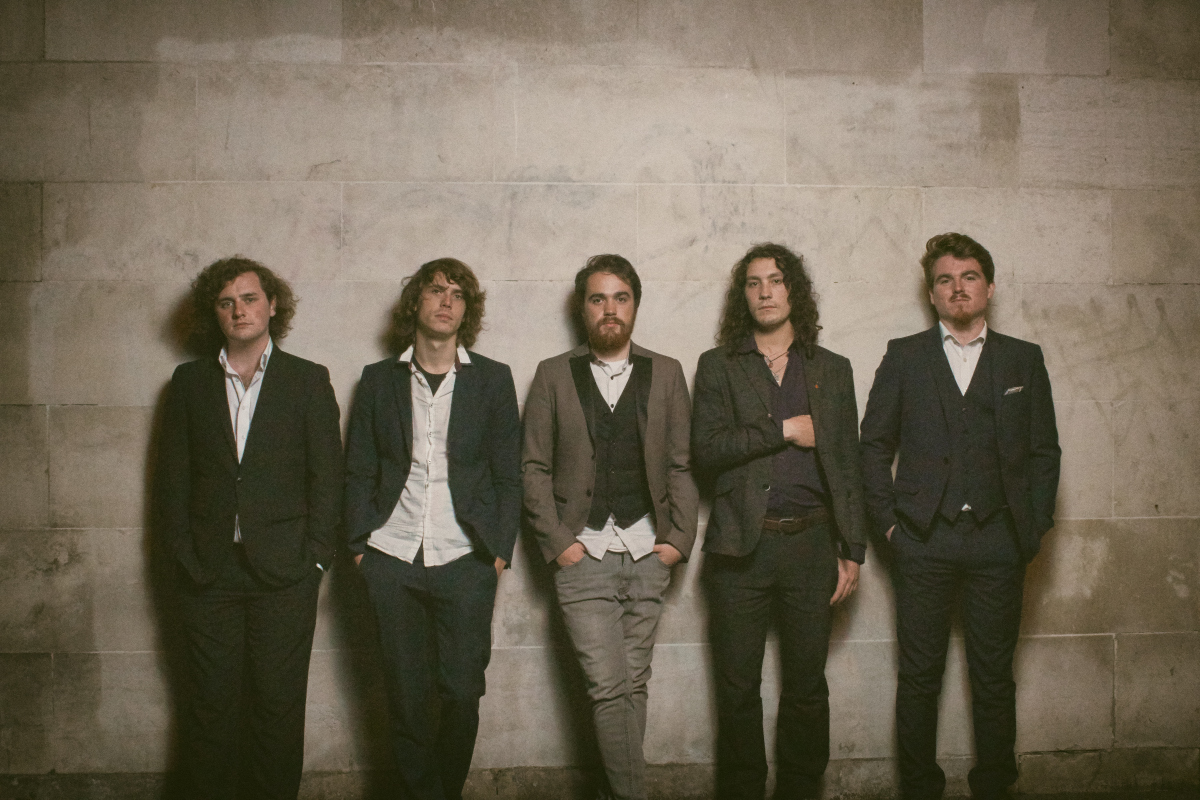 An Interview with: Flats and Sharps

Flats and Sharps have played every Porthleven Food Festival since the event began. This year, as well as performing on the Main Stage on Friday night, they’ll also be going old school to put in an appearance at our Busk Stops around the Harbour on Saturday.

The last year has been a total whirlwind for the band who’ve recorded and released new album King of My Mind on their own label. They’ve a tour of Europe planned for 2016 alongside multiple UK Festival appearances.

But each year Flats and Sharps give their management a list of days to hold sacred and free of other engagements. Porthleven Food Festival is always on that list.

We got the lowdown from the band’s banjo player and singer-songwriter Kirk ‘only the best’ Bowman.

On the new album…

King of My Mind was released in March and went straight into the charts in HMV and the sales were better than expected which is fantastic. We took a manger’s deal on and they got us to focus on our originals, which is actually the stuff we want to be doing. They put us in a studio in Devon where there were no pubs and hardly any WiFi and left us there for four days with David McEwan one of the best producers in the UK who’s worked on Plan B’s The Defamation of Strickland Banks, amongst other things. We were let loose to be as creative as we wanted and we’ve done some new stuff we never thought we’d do on a record.

On their fifth member…

Everyone’s in for an extra treat this year as we’ve got a fifth member who couldn’t make last year’s Festival because he lives up in Carlisle. We knew of Danny on the bluegrass scene and always wanted a fiddle player to add something more to our sound. He’s fantastic.

For us, Porthleven Food Festival marks the start of the summer – it’s a home feeling and it’s so important because when we started you guys gave us a chance. We end up high off life after the Food Festival because we get such great feedback.

The last few months it really feels like everything we’ve been pushing for is coming together. We’ve got the management in place and we’ve deliberately released the album on our own label. If you go with a label you can very easily be big for a short amount of time and then die out. But then there are bands who stay around and that’s what we’re aiming for by self-releasing. So it goes from being a sprint to being a marathon and we plan to keep this band going for a very long time.

King of My Mind is available to buy in all good record stores and on iTunes and is even available on vinyl.

Find out more about the boys at flatsandsharps.co.uk