Cornish folk band 3 Daft Monkeys’ 4-piece line-up features core members Athene on fiddle and Tim on 12-string guitar & vocals. The band weave world music influences around classic folk melodies and their passion, intensity and sheer joy of life mixed with their infectious dancing rhythms will leave you breathless, enthralled and exhilarated. The desire to dance at one of their live shows is irresistible!

Tim Ashton and Athene Roberts form the heart of the band, and during a break from gigging due to the birth of their son Arlo, Ashton turned his songwriting gaze on his adopted home county of Cornwall.  They released sixth studio album ‘Of Stones and Bones’ in 2013 – their most story-led and theatrical album to date; a compelling collection of songs that draws the listener into the bizarre and mysterious world of Cornish tales and superstitions, both ancient and modern.

Whilst containing the intoxicating blend of rhythms and styles that is instantly recognisable as 3 Daft Monkeys, there is also an added dimension of traditional Cornish tunes within the songs. ‘Of Stones and Bones’ is musically the most diverse album the band has produced. 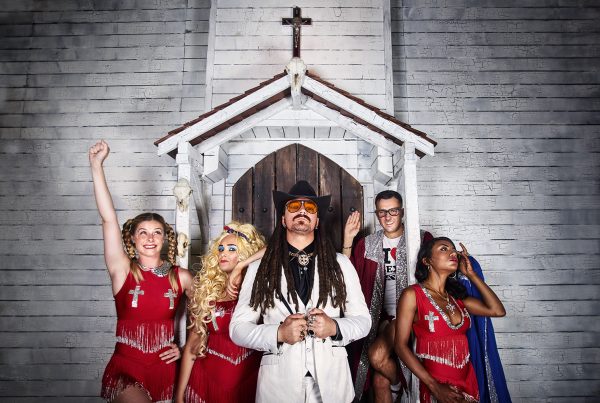 Oh My God! It’s The Church

Saturday Night - Moors Field The Lord works in mysterious ways. Or so the saying… 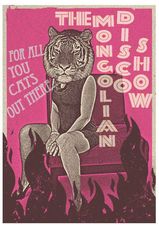